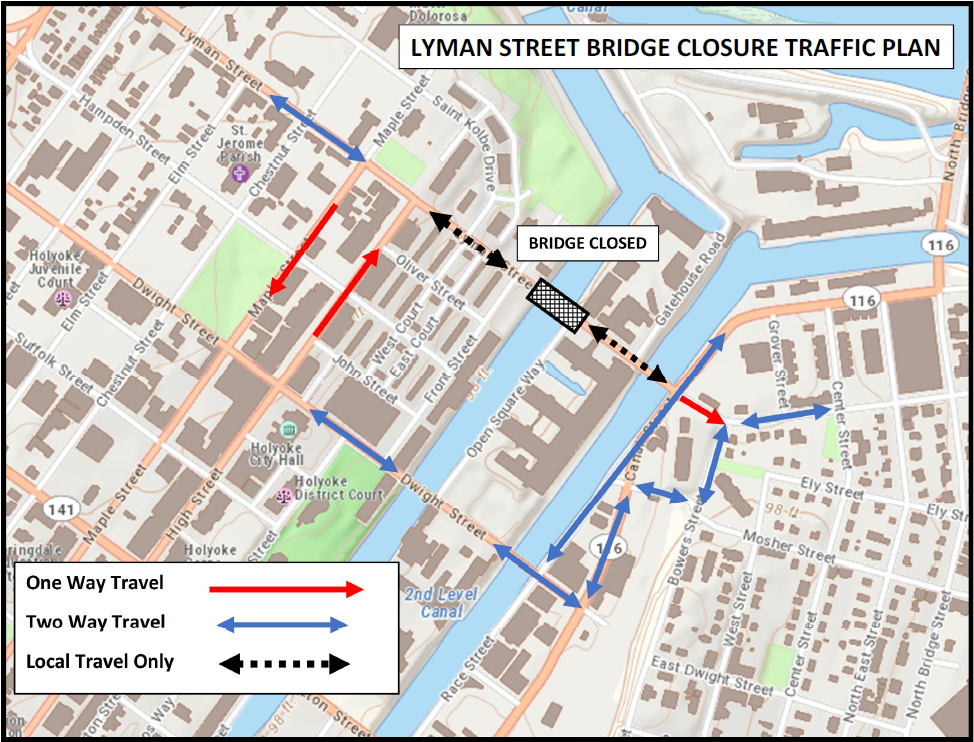 Effective Wednesday, February 12th, the Lyman Street Bridge over the First Level Canal will be closed to traffic as the next phase of work on the removal and reconstruction of the existing bridge begins. This much-needed project in downtown Holyoke is being completed by New England Infrastructure (NEI) working for the Massachusetts Department of Transportation (MassDOT). In addition to full replacement of the bridge, this project includes improvements to Lyman Street from Front to Canal/Main Streets. This $6.6 million project is expected to continue for another 2 years and will require the shutdown of Lyman Street to through traffic through at least the fall of 2021. During this period, through traffic heading towards Canal/Main Street will be detoured on to Maple Street, and traffic from Canal/Main Street to Lyman Street will be detoured on to Race Street and Dwight Street. Lyman Street will remain open to local traffic at both ends and a temporary bridge has been installed to allow pedestrians to cross the canal. Temporary modifications to the traffic signals at the Lyman Street and Canal/Main Street intersection have been made and one-way travel only will be allowed on Lyman Street between the intersection and Bowers Street to provide for access to the lower section of Lyman Street in the Gatehouse Road area during construction.