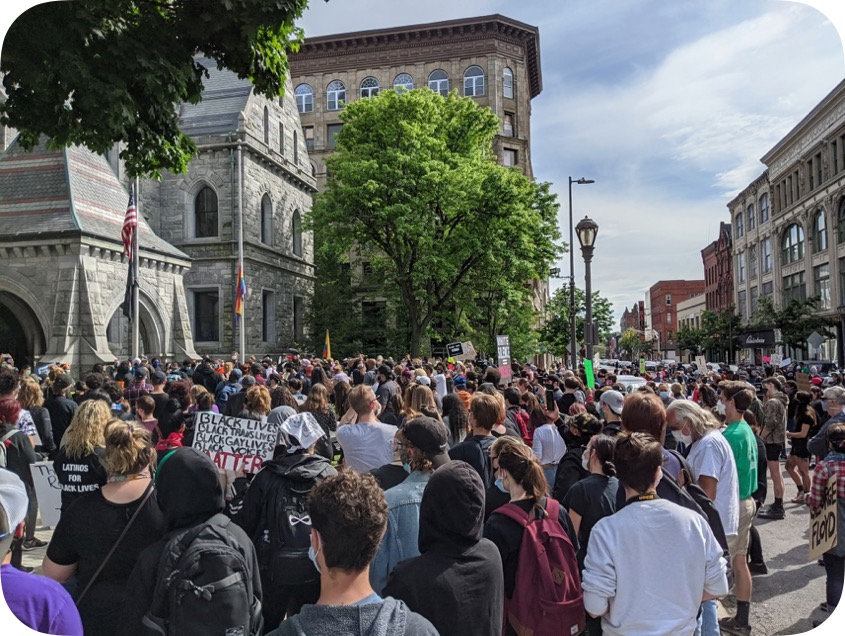 Mayor Alex Morse and Police Chief Manny Febo have released an updated set of policies for the Holyoke Police Department in response to the outpouring of grassroots support for policing reform around the country, and to codify and clarify existing practices of the Holyoke Police Department. The updated rules and regulations echo the guidance of the “8 Can’t Wait Campaign,” and a copy of the updated regulations are attached.

According to a 2016 Campaign Zero study, data proves that together these eight policies can decrease police violence by 72%. The eight policies include banning chokeholds and strangleholds, banning shooting at moving vehicles, exhausting all alternatives before shooting, requiring that all use of force be reported, requiring a warning before shooting, requiring officers to stop another officer from using excessive force, and limiting the types of force and/or weapons that can be used to respond to specific types of resistance.

Mayor Morse is also announcing the formation of a Civilian Review Committee to review the city’s policing policies and provide feedback and policy recommendations to the Mayor, the Chief of Police, and the City Council in the event of necessary ordinance changes. Community members interested in serving should email a statement of interest to mayorsoffice@holyoke.org

Mayor Morse also signed onto the “Mayor’s Pledge” issued by the Obama Foundation’s “My Brother’s Keeper Alliance,” which calls on mayors across the country to commit to the following actions (https://www.obama.org/mayor-pledge/):

“In recent days I have spent time listening to the voices and the experiences of people whose lives have been different from mine, people whose lives have been less safe and less just merely due to the color of their skin”, said Mayor Alex Morse. “That’s part of what makes democracy work: our ability to hear each other, to empathize with each other, to try to walk in each other’s shoes. That’s the beginning of all solidarity, and that’s how we build coalitions that can create lasting change.

“But we cannot be passive if we are to usher in the change we desperately need. Today’s announced steps are meant to implement additional actions in Holyoke based on actively listening to the public’s yearning for such systemic change. A broken system that could abuse its entrusted powers endangers us all, and it’s up to all of us to do our part to dismantle the racism that can permeate so many facets of daily life, including the policing of our communities. It is our hope that the creation of this committee will bring additional voices not just to our ears and offices, but directly help shape systemic change in our community and beyond, and lead to further consideration and implementation of policy changes.”